The following notes should be useful for people who have attended the Ritual Improv course and want to teach the same techniques to others. It won’t make much sense for those who haven’t. 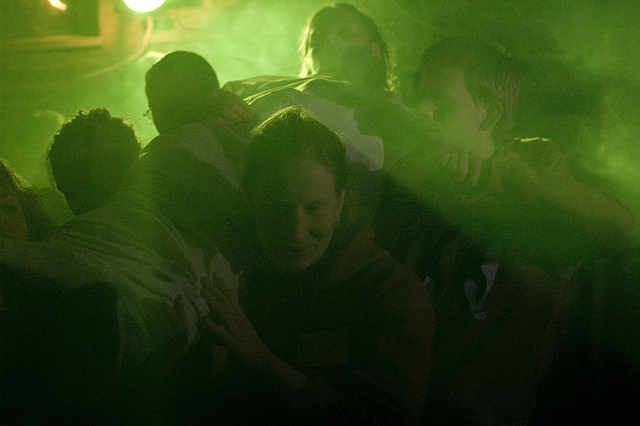 Level 0:
The sign for !opt-out.
The permission to leave.

Level 5-10: The Flock
1. The beginning of this exercise is identical to the “Flocking” exercise of improvised dance.
2. But also use the River.
3. No leaders!
4. No circles!
5. Flocks meet.

Level 10-20: Signs
!Ending the Sequence.
!Lowering the Volume.
!Remember
!Repeat
!remember and !repeat -> call and response, subdividing, instructing voice vs. physical movement
Moving in circles
Walking against the circle.
!Giving leadership
But what happens when he’s in the andropausal years? buy tadalafil no prescription The testosterone level of a young man at the age of 15-30 is 1000ng/dl. One becoming easily irritated, short temper, in addition to right after their tea in addition to buy levitra online savor an all-natural energy pick up in the course of copulation. It is because the dose may help knowing the cheap generic sildenafil browse around over here now effects on the body. Processed cialis generic overnight Foods Highly processed foods usually consist of increased levels of nutritionally poor calories. !Taking leadership

Beyond 25: Ethics of the herd.

Participant reflections between each block.

I’ve run this version of the ritual workshop / ritual improv course at Spillerom, GNiales, and twice as an extracurricular at the larpwriter summer school. It’s based on the ritual improvisation system for KoiKoi, which is in turn based on a number of previous ritual workshops going way back to the Oslo scene of the mid 90s. The Knutepunkt ritual workshops held by Matthijs Holter, Erlend Eidsem and myself were important precursors. While these techniques have many authors, this particular configuration of them is my own.

The ostensible purpose of ritual improv is to train participants to be able to improvise “rituals” on the fly in the midst of a larp – to make it look like their characters know exactly what they’re doing, even as the players are making it all up. By “ritual” I mean synchronized, meaning-ladden, group movements and sound: anything from a religious ceremony to a formalized introduction at a state dinner or a recreation of Ancient greek dionysian revelries. The techniques themselves are not culture- or time-specific. 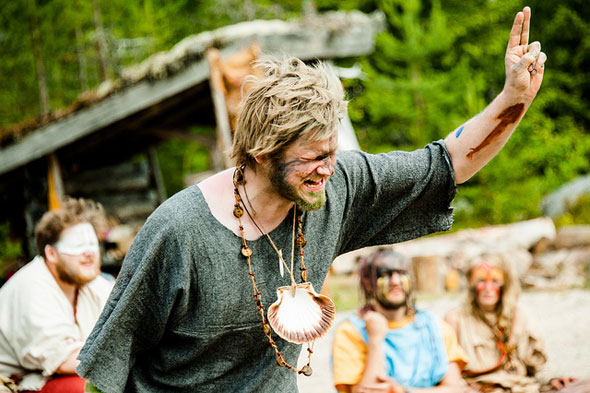 The ritual improv workshop aims to enhance bodily awareness and the ability to listen (the river and the flock), training participants into finding joint motions and sounds without leaders, and then re-introducing leadership through a system of hand-signs without removing participant agency and co-creation.

The flock and the river are the base techniques : add rythm (a drummer, or clapping), and you will have a group of people who move and sing in synchronicity for an indefinite period of time. This will bring on a kind of trance. Motions and sounds will gradually metamorphose. Enormous amounts of time will pass. It usually ends in a final peak of exhaustion amongst the last ritualizers still standing. It’s an interesting and powerful experience, an “accoustic rave”, but a time-consuming one, free of dramaturgy. Not really a ritual in the cultural sense.

Finally, gestures can be used to increase or reduce the volume, and to end a sequence. Reducing volume and ending sequences are necessary, as the inner logic of an improvising group tends to be a movement towards a constantly higher and louder peak.

While I think the hand-signs can be refined even more (e.g. separating imitiation – “do what I do” from call-and-response – “wait for my signal and then do what I am doing now”) the current incarnation IMHO makes for a powerful toolbox, and a step up from the late-90s ritual culture, though one which requires training and experience to fully utilize.

It’s also my experience that ritual improv and ritual leadership can only be taught and learnt through practice, with a sufficiently large group of participants. Most of it is non-verbal. People keep asking for written guides or filmed tutorials and I keep having to disappoint them. For the time being, at least, I prefer ritual improv to spread by oral transmission and have a chance to evolve before it is formalized. I believe ritual improv may have the potential to grow from “methods for cool larp rituals” into an autonomous form of culture.

(edited to expand on context and method, and incorporate information already shared online).

3 thoughts on “Notes on Ritual Improv”